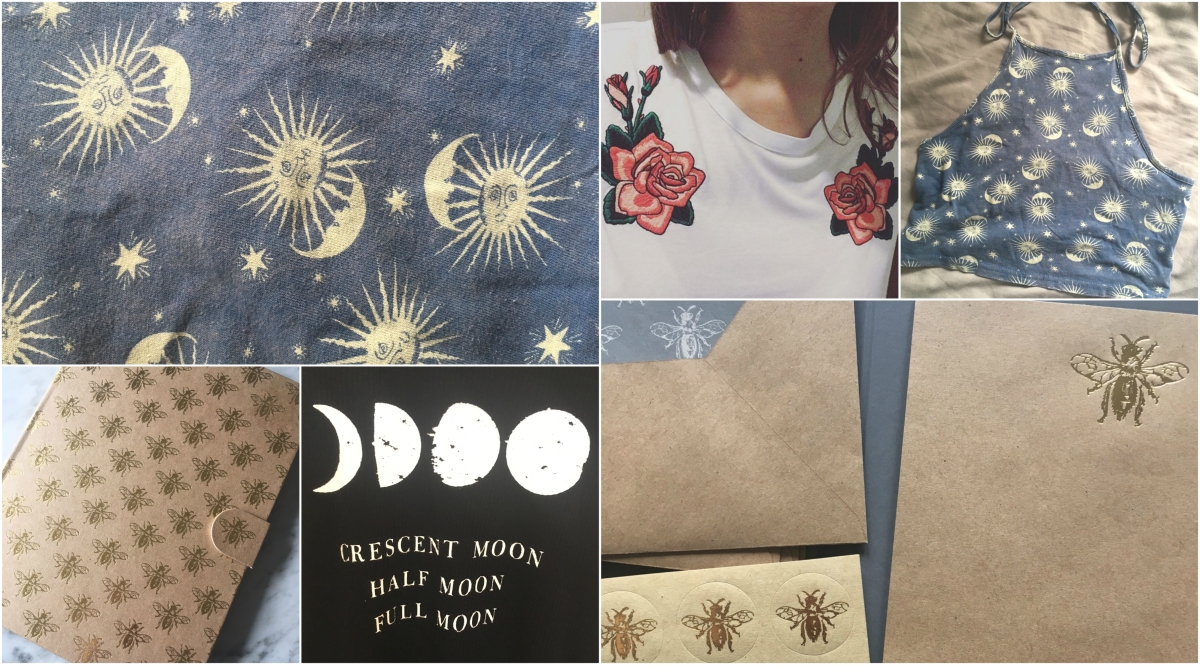 When working a full day in retail, there’s two ways I like to let off steam – crawl into bed and never see a shop again, or head straight to town for my own dose of retail therapy. Of course it depends on how close we are to pay day, either way, I think my favourite kind of shopping trip is usually something spontaneous. Perhaps it’s because there’s no sense of disappointment when you can’t find anything, you’re just out to pick up the things that stand out to you there and then, in the moment.

It only took one shift back with Lex (http://whatlexysaid.blogspot.co.uk/) for us to end up “nipping into town” after work to have a quick look in Paperchase. Ooops. Big mistake. Suddenly a thought came to mind. “Oh… I need a writing set”. Oh yeah, sure Sam, for all those letters you write? Ha. I mean, this isn’t something I really needed, but an opportunity to write cute little letters every now and then? Yes please. Although come on, let’s be real, it was mostly an excuse to buy stationery. I went for a brown paper set with golden embossed bees on because oh my gosh, look at it:

I really like that it comes complete with matching stickers, and the attention to detail on the envelopes offers an extra bit of beauty. Of course with a good writing set you need a good pen, or two, or three. I don’t exactly have the money to throw around, but I really enjoyed just picking up what I wanted as I found it. Like, seriously enjoyed it. Maybe a little too much. A little set of travel cutlery and two sets of stickers later, (including some ‘reward’ stickers, ‘cos everyone needs them right?) I had started my stint of spontaneous shopping. Gee, thanks Lex. In reality this didn’t seem like a lot, but I had to stop myself from going into any other shops. Had to. Didn’t do. Next stop Primark – at least we were keeping it cheap! My idea was to take the Primark route home, walking through to the back as a little bit of a shortcut. Then we saw the window display. A cute little crop top with stars and moons on. Well. That was it. I had to find it. Had to. Did do.

Before I could even get to that though, I found a top/dress/thing, most of which had annoying slogans on that I was complaining about. Had to stop mid-sentence though as I had actually found one with an acceptable design. Moons. Sensing a theme here…hmm. So I got it. I must say that having since tried it on at home, I’m probably going to have to wear a bandeau top underneath as it kind of displays ALL of the side boob. All of it. I may not have bought it if I had tried it on in store, but by the time I had got it home, despite living barely ten minutes away from town (not to mention spending most of my week in town anyway), I couldn’t be bothered to return it. I decided that I could make this work, because I really liked it, and I already had it.

There’s pros and cons to trying things on in the shop, pros being you can work out if it’s totally awful, thus saving you a lot of hassle. It also means more restraint can be put in place at those times when money is particularly tight. However, if there’s something you really like, sometimes you find that in the changing room, (with awful, AWFUL lighting) you notice anything that’s even just a little bit wrong, leaving you feeling super deflated as you hand it back to the sales assistant with a sad little look on your face. Take it home though, and you’re forced to make it work, or at least try. There’s just something quite satisfying about giving an item of clothing the benefit of the doubt by trying it on at home with everything and anything from your wardrobe. Nine times out of then there’s something that works and at the end of the day if it really doesn’t work, there is that return option after all.

Obviously take this with a pinch of salt, if you’ve got quite the handful, or basket full of clothes, maybe you should make that trip to the fitting room. If it’s just one or two, or okay, maybe three items of clothing, then why not take a chance on them? I challenge you, next time you go shopping to buy that maxi dress that you’re a little bit scared of because you never wear long dresses, get those slightly baggier jeans, grab a fancy new pair of summer shoes. If they don’t work out then it’s not the end of the world, return them. If it turns out you need the money more than the clothes, return them. The thing is, it could work out really great, you’ve bagged yourself something new to try out with your wardrobe. One top could be ten different outfits, it just takes that can do attitude to go buy it, try it at home and reinvent yourself a little, just for fun.

Within seconds of deciding to stop looking at clothes I found the cutest little t-shirt – white, slightly cropped, with a rose detail on the collar bone. For only six pounds it was really hard to say no. Perks of Primark shopping right there. I also noticed a Gogglebox t-shirt that kind of made me question peoples choices but moving on… let’s just look at how adorable my top is, this one had to go straight on my Instagram:

We then checked out the home-ware and bought some candles. Well I bought a couple of candles on top of my ‘haul’, Lex got a candle. Yeah that’s right drag me along to the shops and make me spend my money. Suuuuuuure, thanks hun. In all seriousness though it was really nice just to go shopping, no plan, no idea of what I might be getting, no room for disappointment, just plenty of opportunity. Sidenote: Make sure you have enough money for your bills/food/general everyday bits and pieces – also leave some money aside for another bout of spontaneous shopping toward the end of the month. After all, the beauty of it all is that it always comes along unexpected!

In case you missed it at the beginning, don’t forget to check out Lex’s blog over at http://whatlexysaid.blogspot.co.uk/. Even if she is a bit of an enabler when it comes to shopping, she’s pretty damn great.