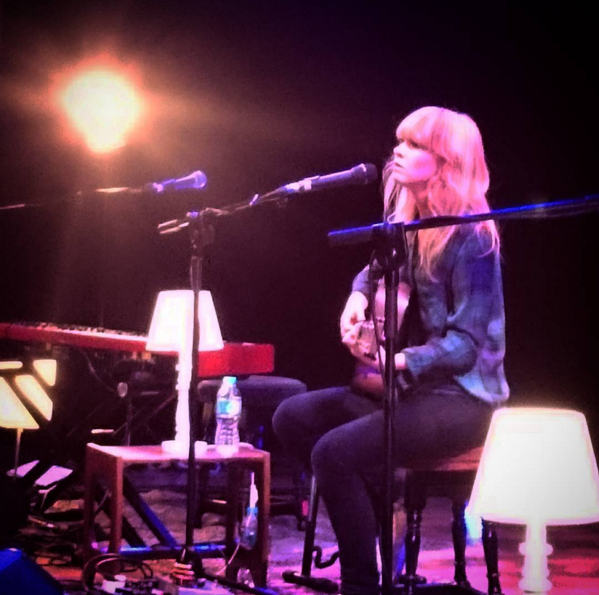 Here’s a piece I did for Vulture Hound: http://vulturehound.co.uk/2016/01/lucy-rose-solo-tour-live-review/

A gig in a library? Are you sure? Lucy Rose talks about how doing this solo tour “is a bit peculiar”, but it definitely works in her favour, with her show at Winchester’s Discovery Centre proving to be a uniquely intimate affair.

A warming set of acoustic prose opens the night, setting the tone with a delicately powerful ambience that people daren’t interrupt. Swampmother, normally a double act, is all about singer Alex tonight, filling the room with a naturally haunting tone that comes from her vocals that hit hard, all the while proving capable of a soft caress.

Next up is Sivu, or to use his full name, James Page. After going all out to perform a sweetly charming melody, Page offers up the story of his stage name – mostly the connection with his Finnish background and the translation of Page to Sivu, (but of course, partly to save any confusion with Jimmy Page of Led Zeppelin). This anecdote on his background leads nicely into his love of Frank Sinatra, which he follows up with a cover of ‘Strangers in the Night’, and maintains a beautiful balance of a Sinatra-esque romanticism, heavily coated in a Sivu edge. ‘Sivuatra’ could be something that may just work. The only shame is that the singer cuts his rendition short as his confidence waivers. Nevertheless this chap undoubtedly worms his way into your heart with his modest charisma and distinct vocals, he doesn’t even know how good he is but he’s very thankful for your time and that adds a personal touch to the night. A touch that only gets more personal when Lucy Rose enters.

Despite her claims on this tour being “peculiar”, the self-taught singer/song writer has found a way to deliver her acoustic songs, to show not only her music, but herself as a person in the “rawest form” – and it damn well suits her. Rose doesn’t just perform tonight, she communicates quite naturally with the crowd, warming the room with both her sweet tunes and her brilliant personality. Who’d have known this girl could be so funny? What stands out about this night is that it is both formal and casual, all at once – the formality of the crowd being seated and looking down to the acts before them, is balanced with the laidback energy on stage, as if we’ve been invited into their house for a jam. Lucy Rose herself even referred to this night as a bunch of friends hanging out rather than putting on a show.

What makes the night particularly special is a cover of Bowie’s ‘Kooks’, intended for a slot on The One Show, however turned down for not being ‘Starman’ or something that the general public would have easily known. There’s something quite admiral about the singer’s refusal to follow suit and appear on the show, simply because it doesn’t reflect Bowie’s entire influence and it’s a very poignant part of the night. It highlights the singer’s passion and pride in her beliefs, offering a sense of trust in that tonight’s niceties were entirely sincere, making that warm feeling as you head home all the more significant.