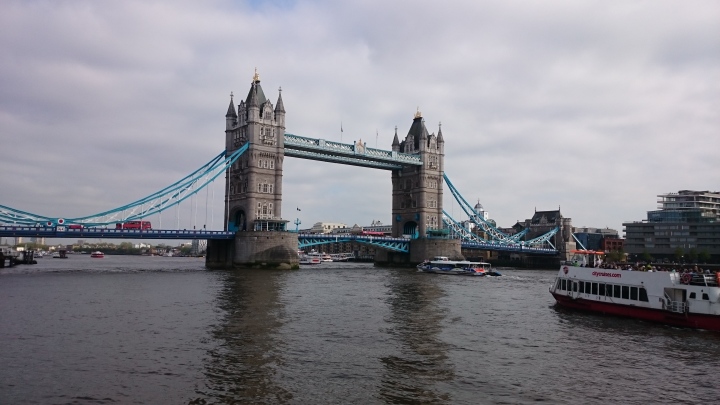 It’s funny how things happen. How an opportunity to go see an amazing one of a kind gig at a beautiful venue in your country’s capital just falls into your lap. I was barely aware of Iggy Pop’s Post Pop Depression tour and then all of a sudden I had landed myself a ticket to his show at Royal Albert Hall. Not only was I going to see a musical legend, no matter how leathery his stomach, Josh Homme had something to do with it and would be on that stage, doing what he does best (and oh my did he do it well).

In the run up to the gig I decided I wanted to spend the day in London. Alone. Explore it for myself. Yes, popping into Lush Oxford Street would be on the agenda, but I was determined to go beyond the norm. I had imagined it to be wonderful, enlightening even. For the most part it was. I fell in love with the city, hopping on and off the tube as I pleased, I could feel my independence growing by the second. However, as the evening drew closer I started to get grumpy. People were walking practically through me. I felt invisible, lost, insignificant. I had detached myself from my being and had become a cog in the machine that is London. You might think this made me hate the city. No, in fact it made me more determined to go again, this time with more of a plan.

Wandering aimlessly around London is fun for the first hour or two, but if you end up going back and forth between the same areas, it gets repetitive. Your feet hurt and you’ve got no further than you were when you got there. If you’re going to go to London on your own for a good portion of the day, you need a plan. Whether that is to flit between various zones or stick it out in one, that needs to be planned. Of course it all depends on the nature of your personality. If you’re one of those lucky individuals who can make friends on the spot then well done, you’re going to flourish in the spontaneity. If you’re like me, happy to roam on your own with a glimmer of hope that someone will strike up a conversation with you “just ‘cos it’s London”, then you my friend, need to make a damn plan. Too much alone time while you’re traipsing around the same areas of a huge city can have a funny turn on your brain. It gets you thinking too much. You don’t want to get lost in your mind when you’re London. You want to get lost in London when you’re in London.

Wow so I’ve gone from talking about a gig to my going on about my feelings. As it got to the evening I made my way over to Knightsbridge to meet my friends before the show. Turns out I got there a little bit prematurely, so I decided to go find Royal Albert Hall on my own, keeping an eye out for any pubs on the way down. I ended up getting a little lost and though frustrating, it was enlightening. Finally spending time in another bit of London at my favourite time of day. When it’s not quite getting dark but you can feel the evening settling in, seeing a different set of people on their way to different activities. Seeing more people also on their way to the gig and feeling a little more at home.

I finally made it to Royal Albert Hall and for a moment I just sat on the steps opposite, in awe of its beauty. It’s not extravagant, it’s actually rather humble – not too flashy but certainly ornate. All my grumpiness and thoughts of hopping on the train home for my bed faded away. This is why I had to come to London in the first place. A wonderful venue with a unique show awaiting me and, well, just a few others…

After meeting with my friends and a quick pint at a pub down the road, it was time to find our seats – after being distracted by the tour merchandise of course! There was so much from posters, to tees, badges to tote bags, it was a difficult choice to make. I was checking out the Post Pop Depression bandana, because let’s face it, I have plenty of band tees as it is, but I ended up going for the tote, which would be no surprise if you’ve read my “22 Facts About Me” – I goddamn love my totes! It’s also functional and I can use it all the time without people think I’m a disgusting person who doesn’t ever wash their clothes, so you know… 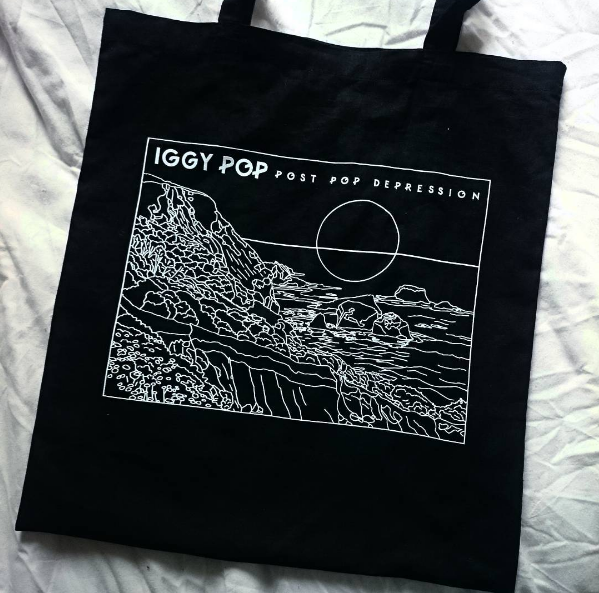 Now time for the gig. I wouldn’t normally prefer to be seated, but after a fair few hours of getting lost in London I was more than happy to sit on my butt and enjoy the show, especially on the front row of the balcony – I mean, that view! This was my first “big gig” – I usually love the small venues, getting up close and personal, but this gig was something special and opened my eyes to bigger, better things. As Iggy Pop was soon to come on stage we noticed that the first three rows of people seated on the main floor were allowed to get right up to the stage, no barriers, no rules. Pretty damn jealous. We watched as security shook their heads at those in just the row behind tried to reason that they too should be allowed more access. Then Iggy Pop’s screeches filled the venue and ignited a fire in the crowd as they clambered over the seats and pushed past security to get closer to the rock n roll superstar. It would have been awesome to have been down there, particularly as the night progressed, but in all honesty, watching it all happen was just as amazing. 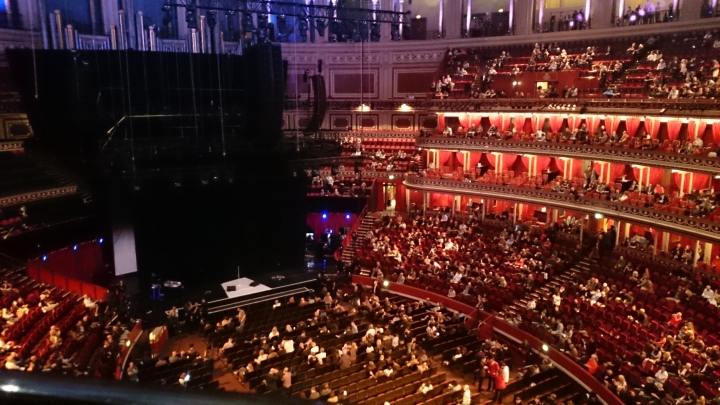 Iggy Pop came on stage with his band clad in 50s style suits and it wasn’t long until his jacket was off and infamous torso was out. This wasn’t enough freedom however. Iggy Pop bounded off the stage, into the crowd several times throughout the night, shouting to security to “free the people”, there was no more control. Iggy Pop was there for the people and he damn well delivered. His attitude evoked a sense of freedom in the crowd, this wasn’t just an artist going in for the odd stage dive every now and then, Iggy Pop was getting all up in people’s faces, climbing all over the venue, reaching out to as many people as he could. You could tell he was so pleased that so many people had come to see him, and he wanted to make sure we all knew that. From childlike waves in between every other song, to bounding about the stage in a manic way, he unleashed his feelings on everyone and suddenly it wasn’t just him getting in everyone’s faces, but people were climbing on stage, planting kisses on him, leaving him happier than ever. Meanwhile the band were all in their own element, Matt Helders of Arctic Monkeys on the drums and Josh Homme practically making love to his guitar with all the charisma in the world.

Basically this night was incredible and there’s only so much I can say without going on for too long. Did I get lost in London? Yes, sure. Would I go it alone again? Yes, maybe a little later and with more of a plan. I’m not saying every second had to be planned out, but I will certainly have an idea of where I want to go rather than chancing it on the tube. 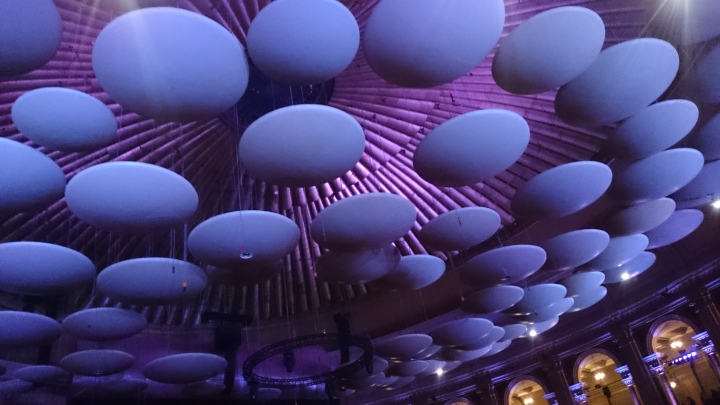 One thought on “Lust for London”