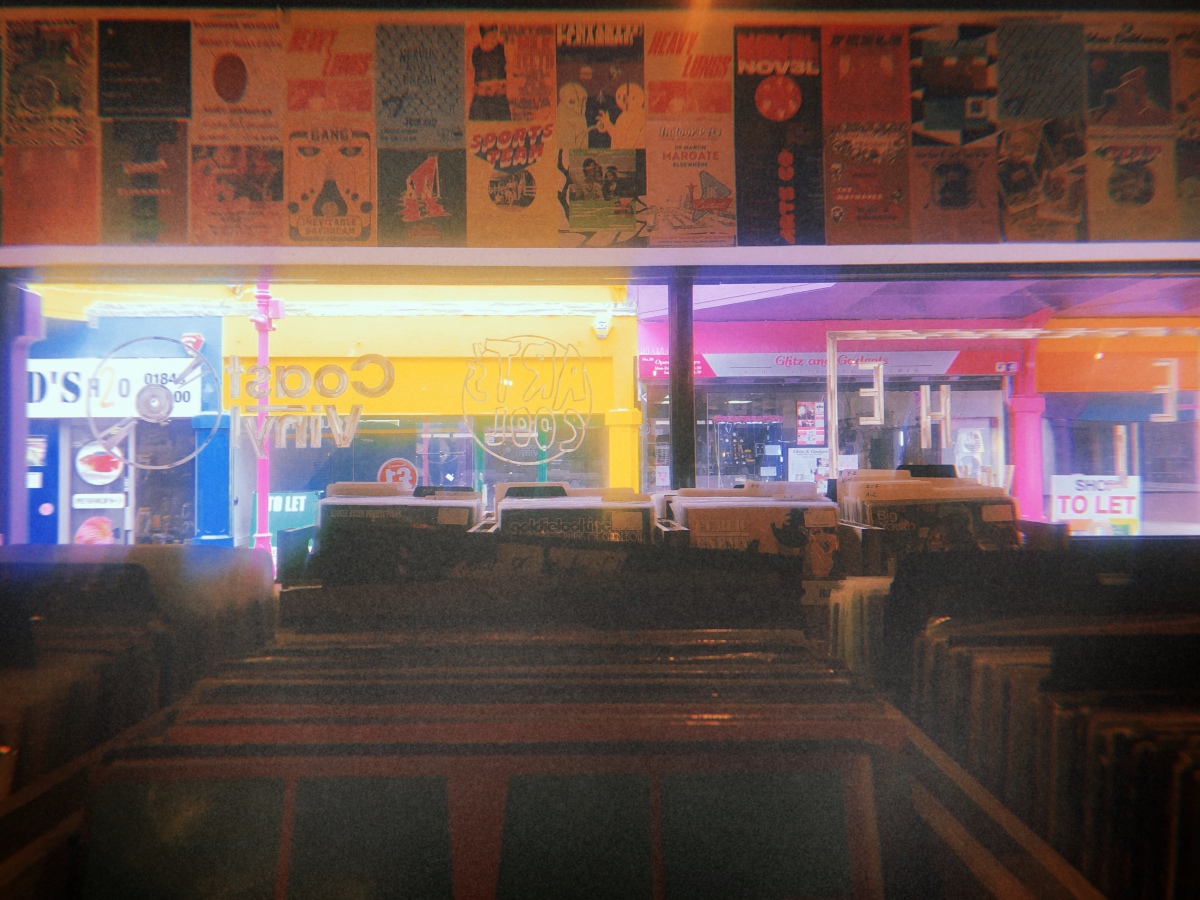 I know, pretty bold of me to return to this format of music diary two years after the last, but at least I’m acknowledging it. I seem to be back in a place in my mind where I feel I have the time and energy to write about music without it being a chore. Let’s hope it lasts (at least more than five posts this time). I think I would like to keep this a weekly thing, but equally, if I’m not feeling it one week I’ll give myself a break. Why weekly over monthly then? Well, first of all, that’s how I started. Secondly, I already have my monthly roundup posts for life in general so it might be good to spread things out a little. Thirdly, it gives me the chance to go into things in a little more detail. Some weeks I may talk about ten pieces of music, whether that be an album, single, show or new band I discovered (or an old band I rekindled my love for/finally caught up on). Other weeks I may even just talk about one thing. We’ll see if I adopt a certain formula along the way but let’s keep things free flowing to start with.

Let’s get to it then!

I finally got round to listening to Mac DeMarco’s latest album, Here Comes The Cowboy. Initially I wasn’t feeling the urge to hear it, as the singles I had heard so far sounded a little samey and didn’t really excite me. Still, I was keen to see ol’ Mac at his recent Dreamland takeover, so decided once and for all to give it a go. To start with, my opinion hadn’t really changed too much, it is a bit samey, but I’m not feeling so negative about it now. In fact I really blooming love it. Before delving into the album fully I had a brief discussion with someone who said it was as if Mac didn’t care too much about what he was doing on this album. While I may have agreed at first, there is something to be said for an album that doesn’t get on its knees begging for listeners. Instead this one takes you in gently, encouraging you to appreciate every little moment for what it is; the pure creative process of DeMarco – no intention to please anyone but himself, which in turn is deeply satisfying as a listener.

All that being said, I am not sure I would have given the album much more attention if it wasn’t for his Dreamland show at the end of June. Scorching weather may have been near unbearable for me that day, but MY GOD, I didn’t realise how much I loved this weird and wonderful specimen. As much of an oddball as he proved himself to be, his vocals remain smooth as ever, making him an absolute delight to watch. I have been in a bit of a Mac bubble since this show, remembering how much I love him, which I guess is the main reason I even gave Here Comes The Cowboy a proper go. So lesson learnt, give music the chance before making up my mind on it. It might not be the most exciting album of the year but it might just be one of my favourites after all.

While prepping myself for the Dreamland fun, I figured it was a good idea to get to know the other acts playing. It was only then that I realised Yellow Days has been something I had listened to nearly on repeat for good few weeks last year, initially in the background as I went to sleep, until it actually wasn’t helping me sleep at all because I was too invested in the music to even consider nodding off. I was pleasantly surprised to see Yellow Days on the lineup and their performance was just everything; an ideal balance of fun and serene, the perfect backdrop to a beautifully sunny day by the sea.

Someone that really took me by surprise at Dreamland was Kirin J Callinan. This guy was someone I did not expect to enjoy nearly half as much as I did. Now I feel really bad, so please Callinan, forgive me. Not the most conventional musician, but wow what a performer. I may be a little bit in love with this man, even if I question whether his music is really to my taste. All I know is I can’t shake the thought of him and his now meme-like vocals. I might not be able to convince you to listen to him on the daily but please, if you ever get the opportunity to see him perform, make sure you take it.

Now, can we talk about Metronomy announcing a new tour as well as releasing a new song that just makes me want to eat ice cream all the time (as if I don’t eat enough already). I’m not even sure again if these latest tracks are enough to take over my old favourites of theirs, but they just feel SO FUN, and I love that. Seeing them in Margate a few years ago was a massive highlight, especially considering I never expected to hear On Dancefloors live, a track that dominated many of my late teenage years. Metronomy are one of a few beloved bands, who I’m pretty sure I will love forever. I hope to look back on them years in the future with nothing but fond memories; I imagine my self going through old belongings and finding some kind of Metronomy trinket (which other than records, I am yet to collect, but there’s still plenty of time for that).

I recently made a little trip down to Elsewhere, an independent record store in Margate. Now I have been there before for a gig but I really wanted to make a little trip down during the day to browse their records. Places like this make me fall in love with my hometown all over again; a great mix of records on offer without being too overwhelming, with a gig venue in the basement, as well as a small space for performances upstairs with a bar on each floor. I was going to say I wish this sort of place had been around when I was growing up there, but back then I wasn’t in to records as much and we still had a pretty decent venue putting on gigs every week, so I guess I was pretty lucky after all. Still. Elsewhere is cool as fuck and I will absolutely be popping back, perhap for some beers in the evening when I’m down again next month.

I think that’s it for now, let me know if there is anything you want to hear more of. Do you want less topics and more detail? Or are little snippets the way to go? Perhaps a mix of both? Or maybe you don’t really care and I should just make sure I’m enjoying myself and do whatever comes natural? We’ll see.