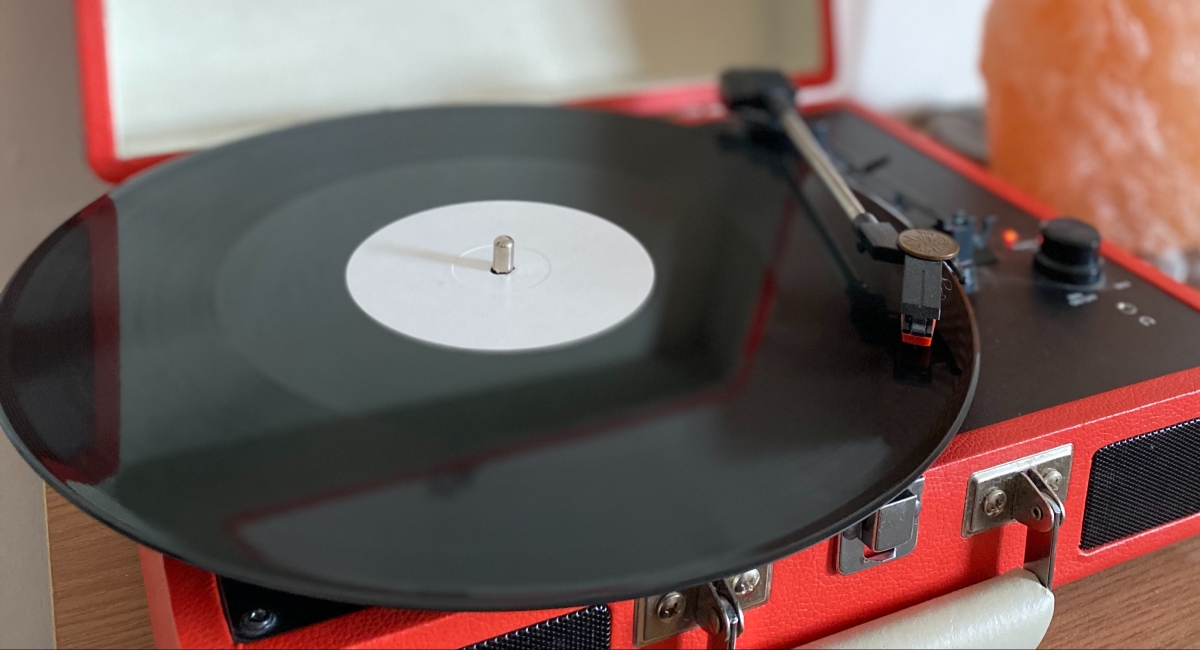 When the going gets tough, we all have something that we fall back on. It might be exercise, reading, eating, or all of the above. For me, music has brought the most comfort . Of course, lockdown playlists are in abundance, not to mention listening parties and Instagram live sessions. James Blake’s live streams have been a particular favourite of mine, and I finally got involved with #TimsTwitterListeningParty – I can’t wait for a run through of The Horrors’ Primary Colours record! It really makes me long for more listening parties in the future.

I have made my own playlist; Quarantunes – ever the creative, I know. I am not sure if the tracks necessarily go together, but I have tried to keep some sort of flow. Starting with upbeat pop hits, leading into some more indie tracks, then all sorts through to some classics from earlier decades. It might not all make sense, but it really just makes me happy. Of course I am still spending a lot of time listening to Vinilo Record Store’s constantly growing ‘music to get you through’ collection, a great mix of songs I love as well as some new finds. At times I have found myself diving into these new finds and discovering whole albums that I now just can’t do without.

That’s just it really. Through all these mediums of listening to music, I am falling in love with the album once again. In part thanks to #TimsTwitterListeningParty after listening along to Bombay Bicycle Club’s So Long, See You Tomorrow, but also through finding the time to actually play some records. My beloved collection had been a little neglected in favour of streaming music online as part of my quest to discover new music – sifting through singles rather than actually investing in the album as a whole. That being said, whether it’s the physical record or the digital copy, I am finding myself actively listening again, no matter where or how, and dusting off my vinyl is just the start.

One of these records is the latest from Grimes, Miss Anthropocene, a new addition to my collection. It had been sat by my records, still in its wrapping and paper bag for an obscene amount of time before I eventually put the needle to the translucent pink vinyl. Aesthetics getting the better of me yet again. Grimes has been a longstanding favourite of mine, however in recent years I have drifted away slightly. To me, this new album it is a call back to the lo-fi era of Visions and perhaps even earlier, but a heavier energy, with elements of Art Angels added in. I blew hot and cold on this initially, and certainly when I did buy the record, it was totally on a whim. Perhaps that is why it stayed hidden in its packaging for so long; if I couldn’t see it, I hadn’t bought it, right? Whatever my reasoning, it has finally come out of the bag and is a firm favourite, both in terms of new releases so far this year and in getting my through days stuck in the house.

Jerkcurb’s Air Con Eden is one that I found through Vinilo’s playlist, the namesake track always catching my attention when it came around. Not long after my first listen I had a strong feeling that a physical copy of this dreamy little LP will find its way into my house in the near future. True to form, I have since ordered it from Vinilo and I absolutely adore it. It has a proper chilled out vibe, well matched with sunny afternoons in the garden, but also ideal for a relaxed evening in, perhaps with a glass of wine. It is just the perfect sound for escaping the world for a moment; I feel like I could melt in to his voice every time I listen to it. Simply divine. I even had it hand delivered to my house, so I got a good dose of catching up with Vinilo themselves.

Laura Marling released her seventh solo album, Song For Our Daughter way ahead of schedule in a very nonchalant manner of, why not? While live shows and other releases are being postponed until further notice, it was refreshing to see someone take control and just put themselves out there. Of course Dua Lipa did the same, just dropping her album one Friday morning, much to everyone’s delight, at least that’s what Twitter seemed to suggest. Two very different albums, but both powerful in their own way. Marling’s is deeply moving, an ever impressive show of vocals – seriously, is that her actual voice? Because, wow, I can barely deal. My favourite track is probably the single she released, ‘Held Down’; a slightly poppy melody following a narrative about relationships – what’s not to love? Meanwhile, Dua Lipa’s is an ultimate in upbeat energy; a party album, a work out album, a dance around your room ‘cos no one is watching album. Immediately added to my ‘grl pwr’ playlist, the tracks on Future Nostalgia are so full of endorphins. It’s a must for any day the lockdown is just getting a little too much.

Now I know it’s not exactly new, but I can’t stop listening to Lizzo. I wasn’t immediately on the band wagon, purely through ignorance, but it’s safe to say that I have done some catching up. Lizzo’s Cuz I Love You is now well known to my singing in the shower routine, and again, dancing around my room. Similar to Dua Lipa in that the whole album just reeks of empowerment and feel good energy, it is an absolute necessity in times like these.

One of my most anticipated releases of the year so far was Caribou’s new album Suddenly. Having thankfully not disappointed, this had been on repeat pre-lockdown and remains a favourite of mine to turn to. It is everything I love about Caribou and more, having been obsessed ever since I first heard ‘Can’t Do Without You’ in 2014. Of course I soon familiarised myself with all the work that I had missed previously and confirmed Caribou as an all time fave. Four Tet also released a new album this year, Sixteen Oceans, and honestly, having both of these albums out in such a short space of time left me feeling spoilt for choice, such a treat! They make for quite the pairing, each taking it in turns to go through serene melodies and propelling beats. I’m not exactly well versed in Four Tet’s back catalogue, but have always enjoyed dipping my toes in. As soon as I heard lead single ‘Baby’, I knew I was going to be checking this album out and now I can’t wait to fully immerse myself once and for all in the entire back catalogue. I mean, I have time, don’t I?

While these are the go to albums, there are indeed a few tracks new and old that I have been loving too. Let’s start with a classic – ‘Sledgehammer’. If you had told me a few years ago that I would be playing Peter Gabriel’s music super loud on the reg, well, I’m not sure I would have believed it. Things change, in this case for the better because obviously this is one of the best songs ever?

Now for an old favourite, but with a new track. Jamie xx recently released new single ‘Idontknow’, and I just find it so addictive. Of course, I’d much rather be listening to it in a crowd somewhere, but we make do with what we can, and look forward to the future when that can become a reality. I also just find it to totally speak to my indecisiveness and well known catchphrase ‘I don’t knooooow’ – painstaking long emphasis on the ‘know’, to be precise. It’s a killer track and although I won’t be uploading any footage like many others have, is a great track to have on while you let your body go to the beat. Even if you do feel a bit like Mark Corrigan going full Rainbow Rhythms.

I have also been loving Yves Tumor’s ‘Kerosene!’. It’s sensual, it’s classic, it’s just a pure release of energy and I always look forward to it coming up on my playlist. Speaking of which, I have linked it below – enjoy!