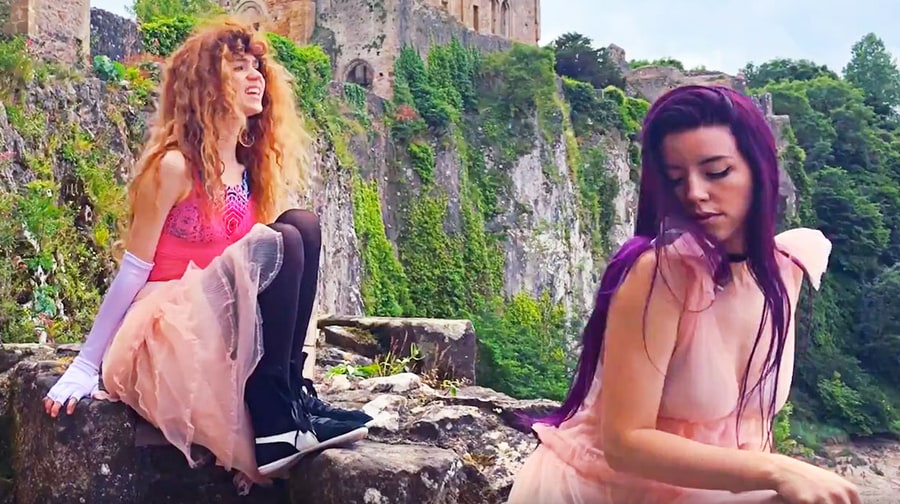 Okay so this monthly post is going to be a little bit different to the others, in that it’s going to focus on all my music loves of the month. I don’t know, for the most part October has been all about the music and very little of anything else, so you best grab your headphones…

Jagwar Ma are a psychedelic-trance trio from Australia and good lord do I love them. I’ve often heard their songs in passing, enjoying it at the time, but not really making an effort to explore further. I have no idea why. This band are just one of the best things going at the moment. When I heard that they were playing at Margate’s By The Sea, it was the final push for me to badger anyone and everyone I could about getting a press pass. So I delved into the world of Jagwar Ma, their tracks both enigmatic and extremely catchy.

This trio are in another world and they take you with them each time, their lively rhythms lighting up the room. When seeing them live, there’s nothing else to do but lose yourself in the flow of their sound, they are intoxicating and down right sexy. With Jagwar Ma, each song is more than just a tune. It’s a moment. You lose your inhibitions, with an enlightening energy that sticks with you for days to come. I’ve enjoyed this band for a few months now, but seeing them live has left me with a hunger for more, and I just can’t get enough.

Mystery Jets – Curve of The Earth

I’ve been a fan of Mystery Jets for a few years. Now, a lot of the bands I loved back when I was 15 are kinda not my thing anymore. Not Mystery Jets. In fact I possibly love them even more. I’m ashamed to say that I had pretty much forgotten that they were playing at Dreamland for this year’s By The Sea until I saw them walking around the amusement park. Not to worry though, I had the BEST time seeing them live, and despite the crowd begging for more older songs, the Jets powered through with tracks from their latest album, Curve of the Earth and I absolutely bloomin’ loved them for it. I have dipped in and out of their new songs, coming across them on the radio, thinking “ah, that’s nice”, and moving on. Seeing those newer tracks performed that night opened my eyes to how much I actually loved where they are now. Sure I still enjoy ‘Two Doors Down’ and ‘Young Love’, they’re classics right? Nevertheless, I couldn’t be happier about the direction they’re going in, it seems like they’ve really found themselves.

Mystery Jets are more than a light and fluffy indie day dream, their new material is cut with the finest production and they sound simply divine. It was also just lovely to hear the band talking about how much they love Margate, my home town – it sounds lame but it made me feel really warm inside. Oh, and did I mention that Will remembered me from their DJ set in Southampton two years ago? Crikey.

I had been waiting for a music video for ‘World Princess part ii.’ for sooooo long since they announced that they were filming some of it at their gig in Bristol. Am I disappointed that there’s not as much crowd footage in it? Yes. Is that because I was psyching myself up for the fact that I may be in a Grimes video? Yes. Do I really care that much though? No.

Though I haven’t fulfilled my dream, I did get treated with SEVEN videos from Grimes and Hana in one day. SEVEN. ONE DAY. They’re all so beautiful and especially impressive when you consider that it was all filmed on an iPhone. Like, what the hell? I can’t even pick a favourite of the videos, and if I was to try, it would only relate to my favourite track right now rather than the video itself. So…they’re all pretty great. Watch them. Or just humour me and tell me you did, I don’t care. But seriously, watch them. Even if you’re not particularly into Grimes or Hana, the videos are honestly so visually pleasing, or to use a word I recently discovered – resplendent.

Mac DeMarco – Only You

This song keeps coming back to me. I’m not even sure if it is my favourite ever track from Mac, but nine times out of ten, it is the one that I select straightaway. I think it’s the rhythm. It’s definitely one that I’ve misinterpreted before. The title ‘Only You’ suggests a devoted lover, but lyrics like ‘Sorry boo, we’re through’ add another tone. It’s one of those songs that come across fairly simple, but there’s a deeper meaning – who is ‘you’, who is ‘she’? To be frank, I don’t care. I still love this song. Whatever.

Okay so yet another band I saw at By The Sea. Not sorry. LOVE THESE GIRLS. When I was watching them, not only was I wishing I had all their haircuts…but I was really enamoured with their music and the presence they held on stage. Confident, fun, and so charismatic. I could watch them play for hours. I listened to them before the festival to see what they are about, got super excited about what I heard, and they absolutely did not let me down. Alternative and deliciously retro, The Big Moon are a delight to listen to and see live with their mix of songs that are both playful and spellbinding.(see – ‘Something Beautiful’ B-side) These girls have me firmly in their grasp, a vibrant powerhouse of indie, alternative goodness.