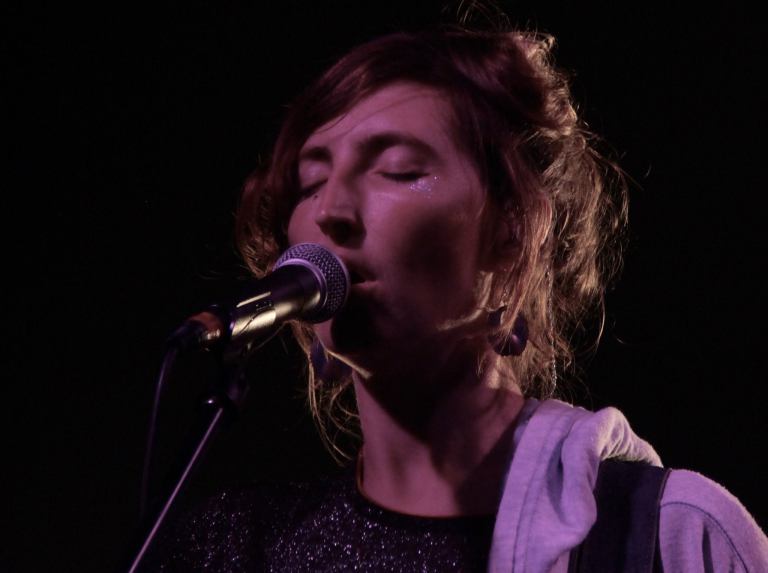 Here’s a piece I wrote for Vulture Hound a little while back. Find it on the site here: http://vulturehound.co.uk/2016/07/warpaint-portsmouth-wedgewood-rooms-live-review/

Four piece indie band Warpaint returned to Portsmouth for the first time in years to play an exclusive warm up show before their set at British Summer Time in Hyde Park the following day. The south coast city hosted the band at the Wedgewood Rooms, a small venue for such a huge spectacle.

Opening the night was Harkin – a solo artist from Leeds, whose chilled out songs charmed the crowd into a state of calm. Though lacking a little oomph, her music was a delight to listen to, her soft and sweet vocals opening up a level of intimacy in preparation for Warpaint’s set.

With Portsmouth Wedgewood Rooms holding the energy of these dedicated musicians to perform to equally dedicated fans, things got, in their own words, “as hot as L.A.” from the start. Playing a mix of old songs and new, Warpaint traveled through their discography so that no album was neglected, nor overplayed. With reports of a new album to come out this year there were certain expectations for the band to test these out, but truth be told there’s only one song that we didn’t recognise. That said, it’s a real earworm, super catchy with more a poppy dance-vibe to it than their previous work. The crowd were already singing it back to the band, singer Emily Kokal responding with “well that’s gonna get old real quick”, but you could tell she loved it. The band do indeed have a number of dance tracks already, an example being ‘Disco//Very’ from most recent album Warpaint, a track that’s as upbeat as this new track, but with a much darker energy.

Most notable through the night was the aura of the band as a whole. Unlike your typical lead singer, backing singer/guitarist or bassist and the drummer who sits in the background, Warpaint perform as one firm unit, each member fully invested in their own element, resulting in a synergy among them to create something quite magical. Though Theresa and Emily take turns in being the lead singer, one look at Jenny Lee on bass and Stella on drums tells a tale of raw passion in their music all together. They all lead in their own way, each understanding what it is they have to do in order to bring the Warpaint magic alive. Even through technical hitches they portray a laid back attitude, drawing a picture of honesty in their performance. The night finished with a beautiful encore performance by Kalko, a solo rendition of ‘Baby’ that was soft to the touch and heart-warming, before the rest of the band joined to close the night with ‘Krimson’.

This show was extremely casual, a rare thing for Warpaint where they’d normally be playing bigger venues to bigger crowds. What they did in Portsmouth proved that sultry as they are, they’re a little bit cheeky too, their live performances bring out their personality, as if inviting us to get to know them a little better, and that’s exactly what it’s all about.