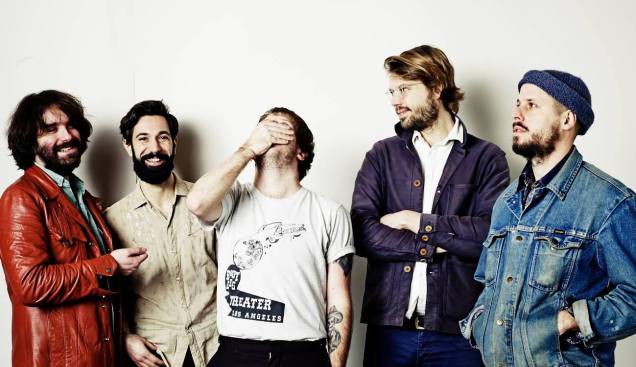 Here’s a piece I wrote for Vulture Hound a little while back. Find it on the site here: http://vulturehound.co.uk/2016/03/treetop-flyers-palomino-album-review/

Treetop Flyers have been through a lot it seems: debt, grief, relationship rifts. Nevertheless they’re back with a new album called Palomino. This is kind of like folk meets a mild form of psychedelia. Or is it? Uncertainty is a big issue with this album, it’s pleasant to listen to but not necessarily something you immediately want to go back to — for the most part at least. In all honesty this album is hard to pin down. Is Palomino bad? Not at all. Is it good? Not sure.

Oddly enough it’s the end of second track ‘Sleepless Nights’ that pricks up the ears. On starting the song over, there’s the realisation that the intro is pretty enticing too. It doesn’t mess around, it gets straight down to business. The middle is neither here nor there. It’s just kind of average. Then it fades into a delicate, otherworldly melody, something that is so tantalising. Why can’t the rest of the album be like this?

That being said, there are a few moments where Palomino simply shines with raw emotion. As the album progresses it becomes apparent that it may be a grower, particularly if you’ve never heard these guys before. The honesty that makes the album stand out leaves a longing to get to know the band a little more as well as a pang of guilt over being so quick to turn away. Like ‘Lady Luck’ for example, it’s real emotion and oh, come on, that instrumental piece towards the end? Absolute killer.

Just when you think you’ve sussed this album out, it throws something else at you. Palomino, you drive us crazy. ‘Dance Through the Night’ is the one song that immediately comes to mind when thinking of this album. It’s just on the right level of everything – enough energy to get you moving, even singing along on your first listen, but not so much that you get lost along the way. Yet it’s still intriguing. It does ever so slightly lean on irritation with its moments of distortion, but it’s easily forgiven. In fact it just hones in that fresh, honest feeling from before – everything just comes about in such an organic way, which makes listening to this song so satisfying.

The more the album goes on, the more comparisons to others can be made, the most significant being Paolo Nutini. Their charm, their soul, it’s all fairly similar, however it’s very much their own. Ultimately, whether it takes you ten full listens or just the one, it’s a feel-good album, even through the tough times. It’s hopeful. ‘Never Been as Hard’ is a particularly emotional number and a possible favourite. It’s striking as well as super relatable, just a mega powerful number to pick you up off your feet and pay attention once more.

Palomino is easy listening tinged with the odd bit of raw energy here and there, to make it feel a little more real.